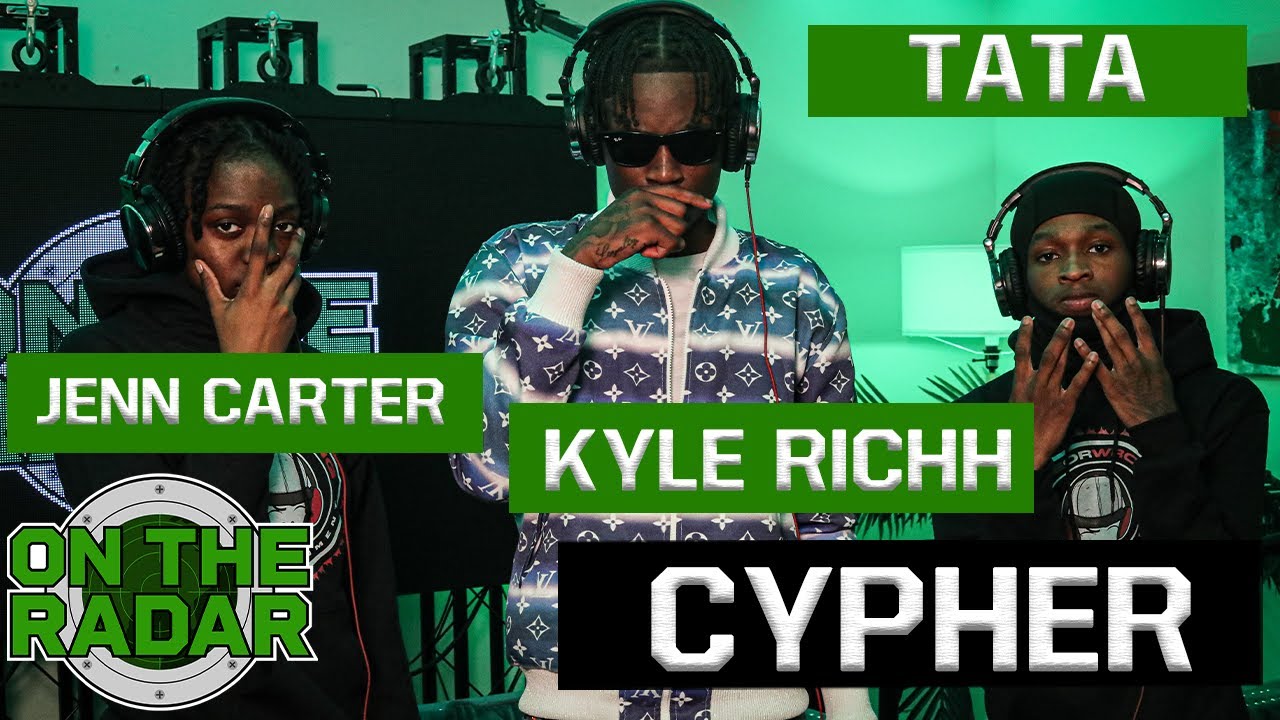 She a baddie, I gotta get on that, damn
She a thot, I can’t kiss her
My bitch a gun, I be fiendin’ to click her
Like she be geekin’ and tweaked off the liquor
Wait, put the dick in her liver
New opp, shit kick like a punt
OD’d off a pill, now he dead in my blunt
Man down, put that boy in a trunk
If I spot him, I turn him to runtz
Oh my God, what happened to—
Big gun, I’m a ooter like Melo
Like she Caribbean, shake it like Jell-O
He ain’t drill with us, he cannot sit with us
Opp pack got me feelin’ ridiculous
Pour up the Tris’, don’t resist, tell her, “Fill it up”
Fuck a bitch, I can chill with a million
Fish bowl, put a hole in thе V
Please do not lack becausе shit can get serious
He a runner, too fast like furious, Glock with a beam, I’ma put him to sleep
Damn, on court like a Piston, quick draw, I got PTSD
She let me hit it in different positions
Like, feel like thirty, I’m ootin from deep
Pop a thirty, I can’t go to sleep
Bitch, I’m bustin’, might take off his muffin
How is you tough? You was runnin’ and duckin’, this G23, get to markin’ like Cousins
And I’m interlockin’ with buzzin’
But these bitches be keeyin’ my vibe
She wanna link ’cause she see that I’m high
Like off the dotty, my vision is fried
Fake love, I don’t know who to trust, what?
These niggas fake, get away from me
How you here for me? You wasn’t there for me
Told my mama, ”I need you to pray for me”
I said, ”Brother, my music my therapy”
I’ma be top one charted
I’m a demon, I oot through the darkness
Fuck everybody, this life made me heartless, damn

(Chee on the beat)
(Zionthebeat)
Look

Let me start like this
Said you niggas is weird and your opps is your friends
How your boyfriend a—, but he ask for a feature
He tried to diss, but he makin’ amends
I’ma set shit straight, said he 41K, he get sent to the gates
Straight to the top, not a debate
They like, ”Jenn you so lyrical, niggas is late”, like
We gon’ tear that boy like I’m a surgeon
Shorty a baddie, she tell me, ”It’s hurtin”’
And this music is more than just verses
I’m really on timin’, I do it on purpose
Niggas talkin’, but that shit is digital
Fuck with the opps and I can’t be a friend of you
Niggas dirty and they not original
Feel like I’m Spike, when I’m shootin’, I’m visual
Bullet’s gon’ make him invisible
Don’t need a diss, but you fit the subliminal
Brodie a demon, a criminal
Sendin’ out shots and this shit is not clinical
Feelin’ prolific, I shoot through the fabric
I’m like Carter, I’m shootin’ with Magic
Ain’t no bottle, but niggas be cappin’
You 41K, you get put in the past tense
Like, wait
Like, damn, when I walk in the party, she geekin’ and tweakin’
I just put shorty down for a drink
She like, ”Jenny, you know that I’m fiendin’
I be watchin’ your vids in a sequence”
I got a heart and she said I could keep it
We go back to her shit for the weekend, but I gotta go, Tata called up a demon

How you dissin’? Like four of yo’ homies is dead
I send one of my niggas kill all of y’all niggas
I see a opp then I see red
With this pencil, fill ’em up with lead
Bend through the opps I’m tryna catch ’em—
(24 is the GOAT)
How you smokin’ my dead and I don’t got no dead
They know my bop, Mr. Everything Dead
She wanna come over I left her on read
Niggas pussy
I’m a veteran, niggas is rookies
Big knocker, can’t book me
Walk in the party and I got them lookin’
Niggas be runnin’ they mouth on the media
I run into niggas, yeah, it’s lit
Bitches be gettin’ ahead of they self
I don’t care if you pretty, suck my dick, glah
I’m with ‘Lato, rollin’ up Gelato
Niggas pussy and opp niggas follow
They know it’s forty-one ways to get paid
I got a baddie, she look like Mulatto
With the legs, drinkin’ Henny, no chaser
Bitches dumb if she think I’m a—
Don’t wanna fuck, on bro, I won’t make her
Beam through his face if he play with my
Ayo, bro, boom that nigga
Walk in the spot, remove that nigga
I’m not in the politicin’ or the media
Ain’t no talkin’, boom that nigga, glah
41, I’m promotin’ the violence, spinnin’ through ready, I got niggas hidin’
And ya’ niggas not really on timin’
Call up my Muddy, he stay on my timin’, glah
Shorty got wap like Fetty
Bread winner, I love to get bready
They know my bop, Mr. Everything Deady
And shots to the eye, now he lookin’ like Fetty, bitch

I be geekin’, I’m totin’ on what?
Shorty a thottie, she don’t give a fuck
She be tweakin’, she shakin’ her butt
And that boy is a cheetah, the way that he run
He dumb, he a pot
Bitch on my body, she totin’ my gun
You run, don’t stop
You feelin’ hot, you get sent to the sun
He tried to diss and we made him deleted
41 and we still undefeated
Get on the scene, make it hotter than phoenix
Michael Jackson, she want me to beat it
She a baddie and shorty conceited
I told her I love her, but I do not mean it
I be geekin’, I only see red
She like ”Jenny, you know that—”
And you know that I’ma keep me a tool
It stay right by my side, call me Nicki Minaj, damn
Think he tough, now he in a garage
Rollin’ up while she give a massage
I’m too active, I turn up the spot
He think he tough, he got sold in the block
Please don’t try to be somethin’ you not
I’m like a cheff and I’m stirrin’ the—
If he think he a demon, we ain’t showin’ no sympathy
Like, damn, bullets is slippery
I told niggas to get out the way
You and yo’ homie get shot in the face
I be geekin’, you cannot get rid of me
Shorty be tweakin’ and knock off—
If you not 41, better stay in your place
Like, call me Tay-K, I’m runnin’ the race

With a thirty, I feel like the man
I do not fight, so don’t come with a poke
Like don’t lack, this shit no joke
Too many guns, I don’t know where to blow
Like, try to run, that’s a ticket to death
My bitch a baddie, she click it the best
Like, she a freak, put the dick in her face
Oot at his feet, make him pick up the pace
Roll off a thottie, that shit got me laced
Like, I be buggin’, don’t know how to act
What? Everything shot, no dap
Shorty a thottie, I’m all in her back
Like, ayo, touch, shit got a kick
Like, beam on the blick, can’t miss
He not a shooter, he oot in my spliff
Like, keep a Lilo, I cannot get Stich
He dead, tell by the twitch
Free my brothers, I know they won’t snitch
Like, like, what? I’ma get strange
Ooter got aim, like limitless range
Like, please do not get me upset
My bitch a baddie, she click it the best, damn
Like, what? Like, what? Bitch, glah, glah, glah

Oh he want war? Let’s do it
Man, that nigga a bitch, I see through him
They know Mikey a demon, he ready
I pass him the knocker and brodie gon’ what?
They know my body, the knock on my body
She be fiendin’ to suck on my body
Nigga a dummy, can’t go out like who?
Everything deady nigga, who gon’—?
Everything dead, put the dot on his chest
Only head shots, don’t invest in a—
Aim like a cop, goin’ ku with the tech
Catch him and cut him and put out his chest
They know I’m a stepper
They can’t step with me, big 41, I know I can’t get stopped
Jerry my brother, he throw up the dub
If I say, ”Oot that nigga” He gon’ flock
Don’t be a dummy and die wit ya’ knocks
He ain’t tough, only tough with his knocks
Please don’t run, two beams on the Glock
Bad lil’ bitch, got aim like a—
Walk in the party, they bitch on my body
That’s probably why niggas don’t like me
It get scary, I put on my Shiesty
I don’t politic, please don’t write me
Way too oppy, how can I lack?
Ballin’ on court, but these niggas is trash
It gon’ get scary, I pass it to Cash
Ain’t no hesi’, she a ooter like what?
Know I’ma bug out, I’ma spazz
When the opps playin’ defence, they lack
She call me daddy, I am not her dad
.40 gon’ hit him, make his mama sad, bitch
Bro totin’ on KD, I’m totin’ on Jackie
Big 4-1, gang’nem jack me
When I see the opps, I get happy
Lato got the ‘lato, Jenny got the gat
Shorty a demon, I pass her the knocker
Keep my gun, I ain’t goin’ out sadly
Don’t know who did it, I don’t know who shot him
He got a head tap, I was cappy, bitch

Who Sang The Song “Cypher Freestyle”?

Who Produced The Song “Cypher Freestyle”?

Who Wrote The Song “Cypher Freestyle”?

What Was The Release Date Of The Song “Cypher Freestyle”?