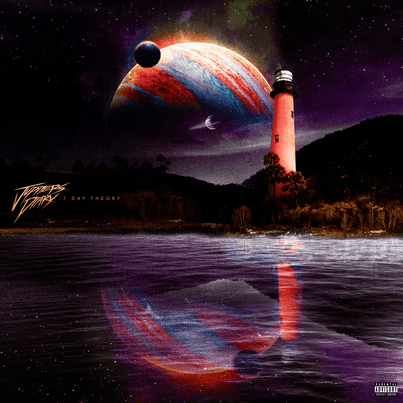 Got It Right Lyrics Rod Wave

I put the city on my back, like a motherfuckin’ quarterback
Chasing after paper, I don’t care ’bout where the party at
In the Rolls dolo, gettin’ loaded off a party pack
Heard my dawg was hatin’ and I could’ve caught a heart attack
Say I did her wrong, but I still say she started it
Had my childish ways, either way you where my heart is at
Came a long way, me and my sister totin’ laundry bags
Writtin’ songs, foldin’ clothes at the laundromat
I used to wake up, walk to school, wonderin’ where my life was headed
I know my dreams coming ’cause I’m willin’ and I’m ready
Breakin’ in houses for the skrilla, I still regret it
Built this up from the ground, I promise I’ma protect it
Lookin’ over my shoulder every time I dot the door
Big ol’ pistol on my hip, a nigga play, he better know (Grah)
That if he play, he gotta go, I’ll see you later, adios (Baow, baow, baow, baow)
All I wanted was the dough, it ain’t no more kickin’ doors, I ain’t gotta live like that no more, oh
Them rappin’ songs made me a millionaire, yeah
And buildin’ homes gon’ make me a billionaire
Catch a case without a bond, let’s see who really care
See who really care
You know the city too little, you niggas too loud, the feds on the way, they say
A boy got hit with an indictment today, I pray
Everybody make it back home safe, I pray, yeah
You know the rap game so pussy, they ain’t wanna give me a chance
A nigga kicked the door down and forced ’em to let me in
Another tour confirmed, I get to see all my fans (Yeah)
Every night on the mic, four hundred and fifty bands
Well, damn (Damn)
You don’t understand
See it’s a cold, cold world, growin’ up so fast
I’ll tell you the story, you still don’t know the half
Early mornings and late night flights (Yeah)
Choppas and handguns protectin’ my life
Just to be standin’, fell so many times (Yeah)
Finally figured it out, finally got it right
Yeah, yeah-yeah, finally got it right

Just to figure it out, just to be a young nigga in this world
And to figure it out
I mean I’m still learnin’, I’m still
I still a lotta shit is fucked up
But I maintainin’ in this world, just to be livin’
You know bills paid, everything all good
You know growin’ up in this shit, I had to find myself
See what was for me, you know?
And I got my fans, I no longer shit is blessin’ me and I appreciate it
Finally got it right

Who Sang The Song “Got It Right”?

Who Produced The Song “Got It Right”?

Who Wrote The Song “Got It Right”?

What Was The Release Date Of The Song “Got It Right”?